Fig.1. System structure of the proposed two-stage on-board battery charger.
Today's on-board battery chargers for hybrid electric vehicle usually consist of two stages; an AC/DC PFC stage, which converts the AC line input to a 400V DC-link; and an isolated DC/DC stage, which regulates the 400V DC-link to 250V - 450V battery voltage. For the second stage, using a CLLC resonant converter has become very popular due to its inherent soft-switching mechanism and bi-directional capability. Traditionally, a litz-wire winding is used in the second-stage transformer to reduce AC winding loss. However, the manufacture of this winding is very complicated and involves intensive labor. With the maturity of wide-band-gap devices, there is an opportunity to push the switching frequency up to the MHz range, which will greatly reduce the number of winding turns, providing the opportunity to use a PCB as winding. In addition, a novel variable DC-link voltage two-stage structure, as shown in Fig. 1, allows the usage of a smaller resonant inductor, making it possible to use the leakage inductance of the transformer to serve as resonant inductor.

With the proposed variable DC-link voltage, the CLLC resonant converter can always work at its optimized point. In addition, two sets of full-bridge rectifiers are used to handle the high charging current. A PCB winding-based transformer using a split core is proposed so that only a 6-layer PCB is needed to realize a 12:6:6 turns ratio. Also, a novel EI core structure is used to help achieve the desired magnetizing inductance and leakage inductance, as shown in Fig. 2. By using the center post as a leakage path, the leakage inductance and magnetizing inductance can be controlled by changing the gap of the center post and outer post. With leakage integration, both primary-side and secondary-side resonant inductance is realized by the leakage inductance of the transformer. Another benefit of this structure is that most of the leakage flux is confined inside the magnetic material, avoiding additional eddy current loss and EMI issues. A transformer loss model is built to obtain the winding loss and core loss of the proposed transformer. Based on this loss model, a design procedure is provided to optimize the transformer loss. 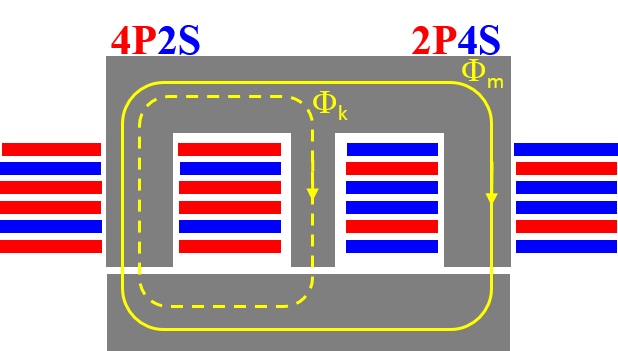 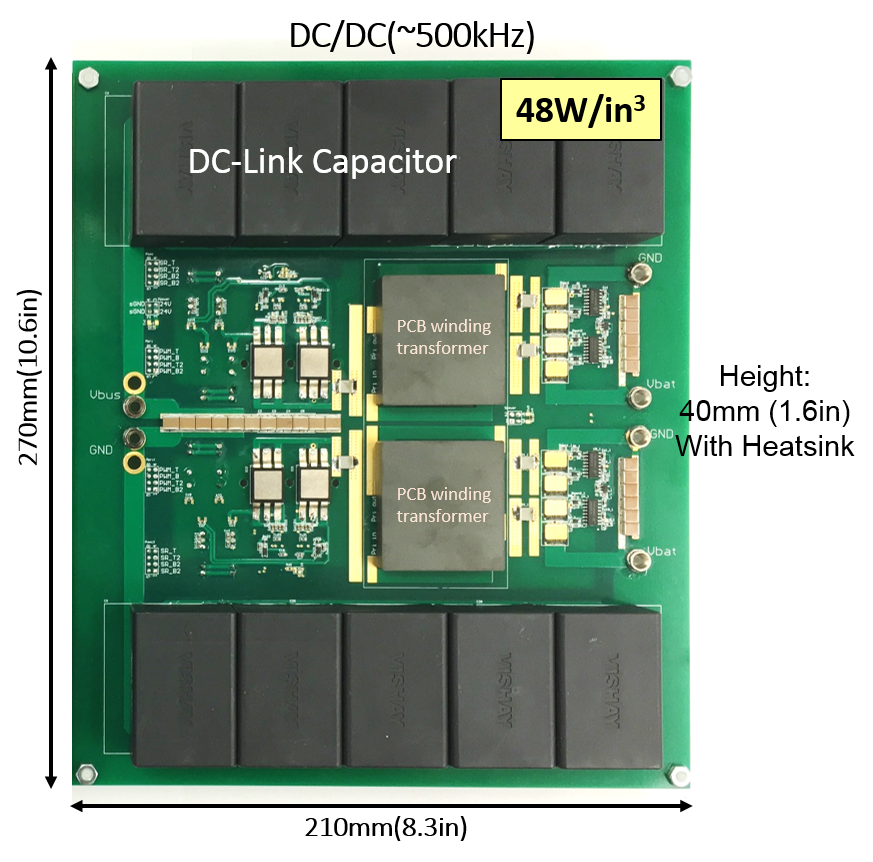