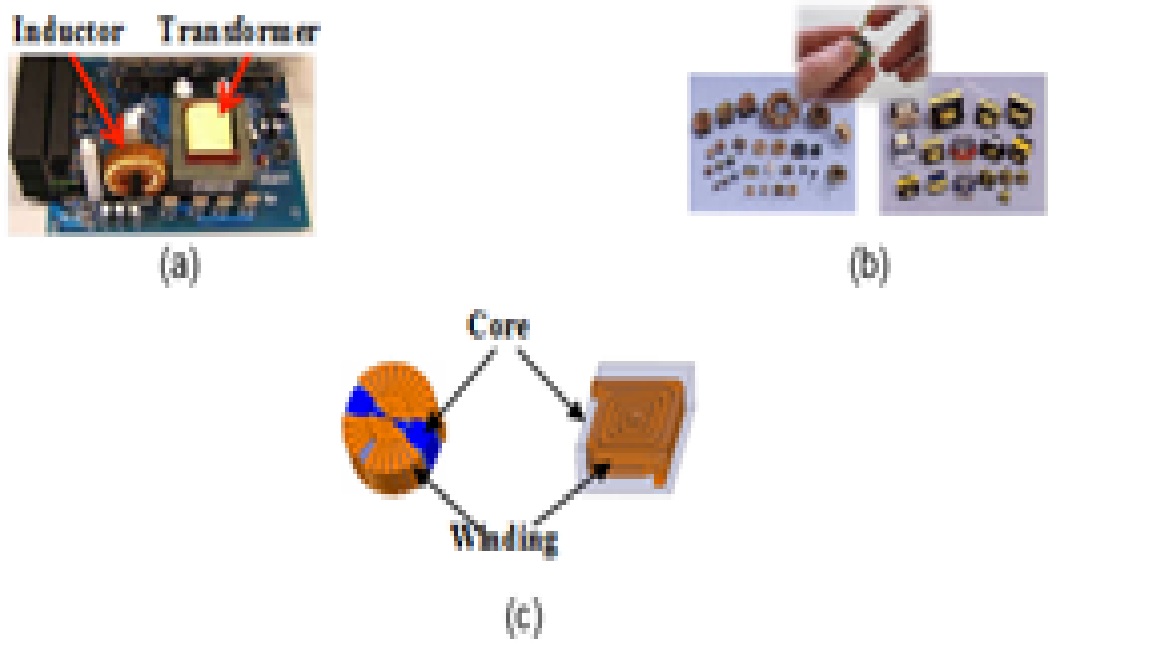 Fig. 1. (a) Typical power supply consisting of a number of dis-crete magnetic components; (b) basic process for making the wind-ings of inductors and transformers; and (c) integrated uniform-flux inductor design.
The integration of power inductors and transformers as shown in Figure 1(a) is challenging because it requires a large core volume or unconventional geometries to distribute flux or control coupling. Commercial magnetic components consist of cores and windings that are fabricated separately and assembled as shown in Figure 1(b). This manufacturing approach gives rise to bulky discrete components and precludes the implementation of high-density, high-performance integrated geometries. For example, the uniform-flux magnetic component structures shown in Figure 1(c) cannot be fabricated by the current manufacturing process. Thus, to improve power conversion efficiency, power density, and reliability of a power electronics system, there is a need for manufacturing technologies that would enable ease of integration of the magnetic components.

Additive manufacturing (AM) or three-dimensional (3D) printing is a layer-by-layer process of making products and components from a digital model. Its potential has been demonstrated for applications in various industries. Some key benefits of AM are shorter lead times, mass customization, reduced parts count, more complex shapes, less material waste, and lower life-cycle energy use. Recently, some research groups started to explore the application of AM in power electronics. However, so far, we have not found any published work in previous literature that 3D-printed both magnetic and metal materials to form magnetic components. Therefore, the purpose of this work is to explore the feasibility of using a 3D-printing process for fabricating magnetic components.
Figure 2 shows that a commercial FDM 3D printer was custom-modified to a two-syringe paste-extrusion 3D printer. Feasibility of the modified 3D printer for fabricating magnetic components was tested. Our patented nanosilver paste was used to serve as a feed material for fabricating the winding of the magnetic components. By extending our prior research experience in the development of the nanosilver paste, a low-temperature (<250°C) curable magnetic paste consisting of a soft magnetic powder and a thermoset polymer called Poly-Mag paste was formulated to serve as a feed material for the magnetic core. The testing structure is a planar core. After the 3D structure of the planar core was fabricated in the printer, it was heated in a programmable muffle furnace to simultaneously cure the polymer in the magnetic core and sinter the nanosilver winding. A finished planar core is also shown in Figure 2. 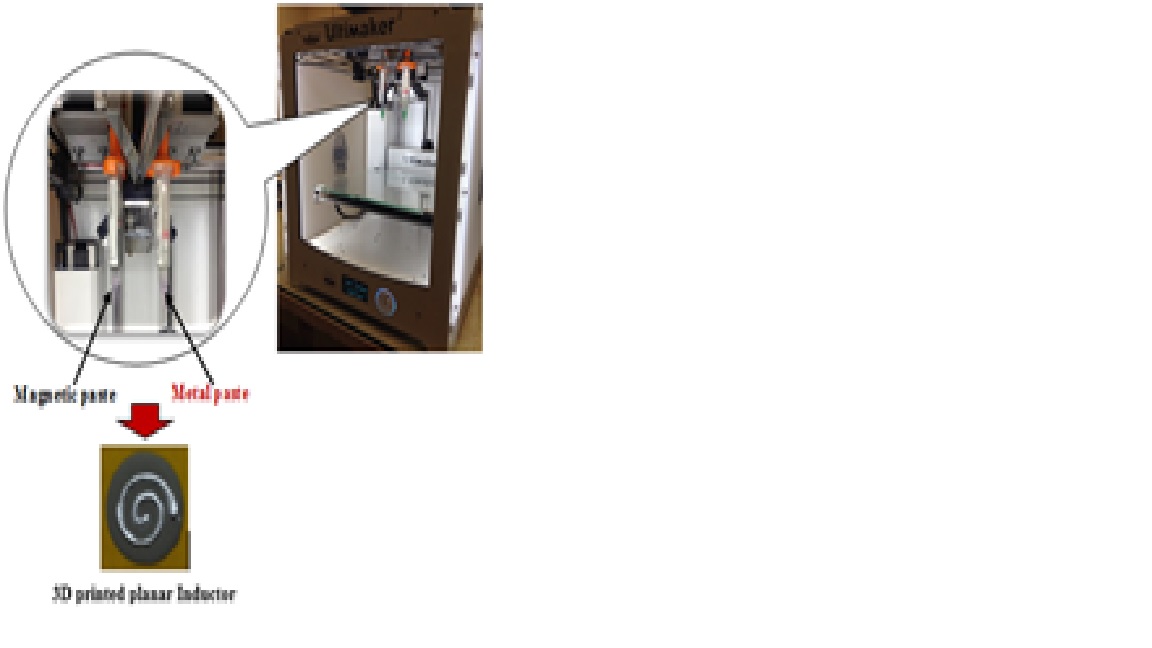