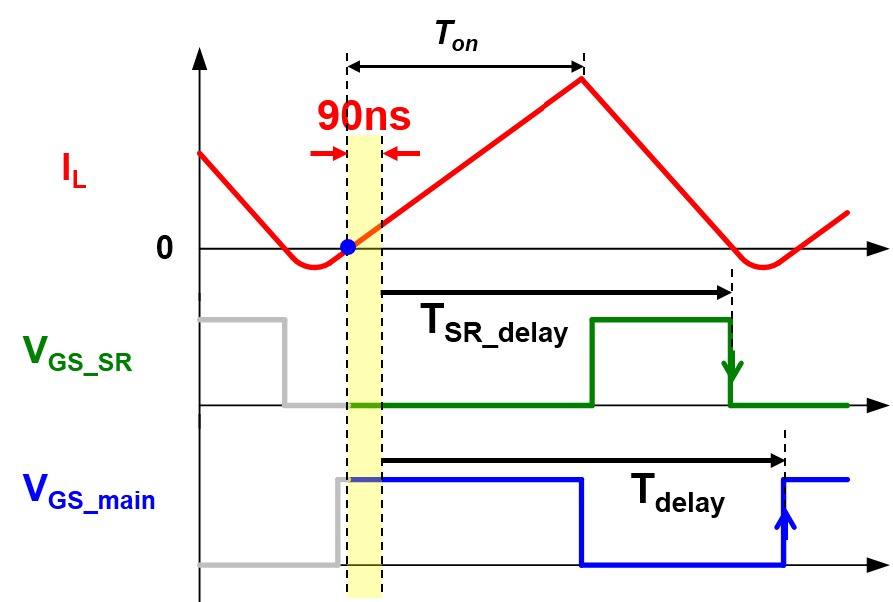 Previously, the inductor current positive-to-negative zero-crossing is sensed to trigger SR turn-off. However, a signal processing delay in the MCU and gate driver makes the SR turn off later, which causes a significant unwanted negative current at MHz high frequency. The unwanted negative current leads to an increase of current ripple, conduction loss and EMI filter size.

Also for the MCU, the actual time delay for SR turn-off and for control switch turn-on are shown as TSR_delay and Tdelay in Fig. 1.

With this improved ZCD method, the inductor current waveform in half line-cycle is shown in Fig. 2. The unwanted negative current, and its impact on conduction loss and on EMI filter size are eliminated.