Modeling of a 600 V 2 A Vertical GaN Transistor

Fig. 1. Output and transfer curves for GaN vertical transistor: model (blue) and experimental (gray).
Modeling the gallium-nitride (GaN) vertical transistor provides insight into its behavior and allows for optimization of its design and performance. The Power MOSFET Tool through Synopsys® Saber® can estimate static and dynamic behaviors of the device based on measured transfer, output, and on-state resistances curves. The tool demonstrates maturity and accuracy with silicon-carbide (SiC) metal-oxide semiconductor field-effect transistor (MOSFET) devices, GaN field-effect transistors, and other GaN-based converters, and in modeling the physics of GaN power semiconductor devices. Therefore, the SiC model in this paper demonstrates accurate static and dynamic behavior, as well as the efficacy of the tool for materials other than Si. The SiC frequency and switching time aligns with the experimental data, with an exception in the precision of the overshoot with a 17 percent error.

The GaN vertical model static behavior aligns with that of the experimental characterization process, with a characteristic curve error ranging between 6.02 and 8.42 percent. An initial test produced a transfer curve with 5.98 percent error and output curves with 9.34 percent error. The suggested adjustment by the Saber® developer to remove data points at or below the threshold voltage for the transfer curve, and points or curves near zero, reduces the time for optimization and the error to 6.13 and 5.41 percent, respectively. Unfortunately, with the addition of the experimental Rds curve, the error jumps to 8.17 and 8.42 percent, respectively (Fig. 1). Furthermore, the Rds curve has a 6.02 percent error that equates to a value about 10 mΩ less than desired.

Due to the inaccuracies and limitations in the static data, the model turns on in 30 ns rather than an experimentally demonstrated 8.48 ns and turns off in 140 ns rather than 30.2 ns. With the addition of planned experimental capacitance measurements, the switching speeds should increase as desired. 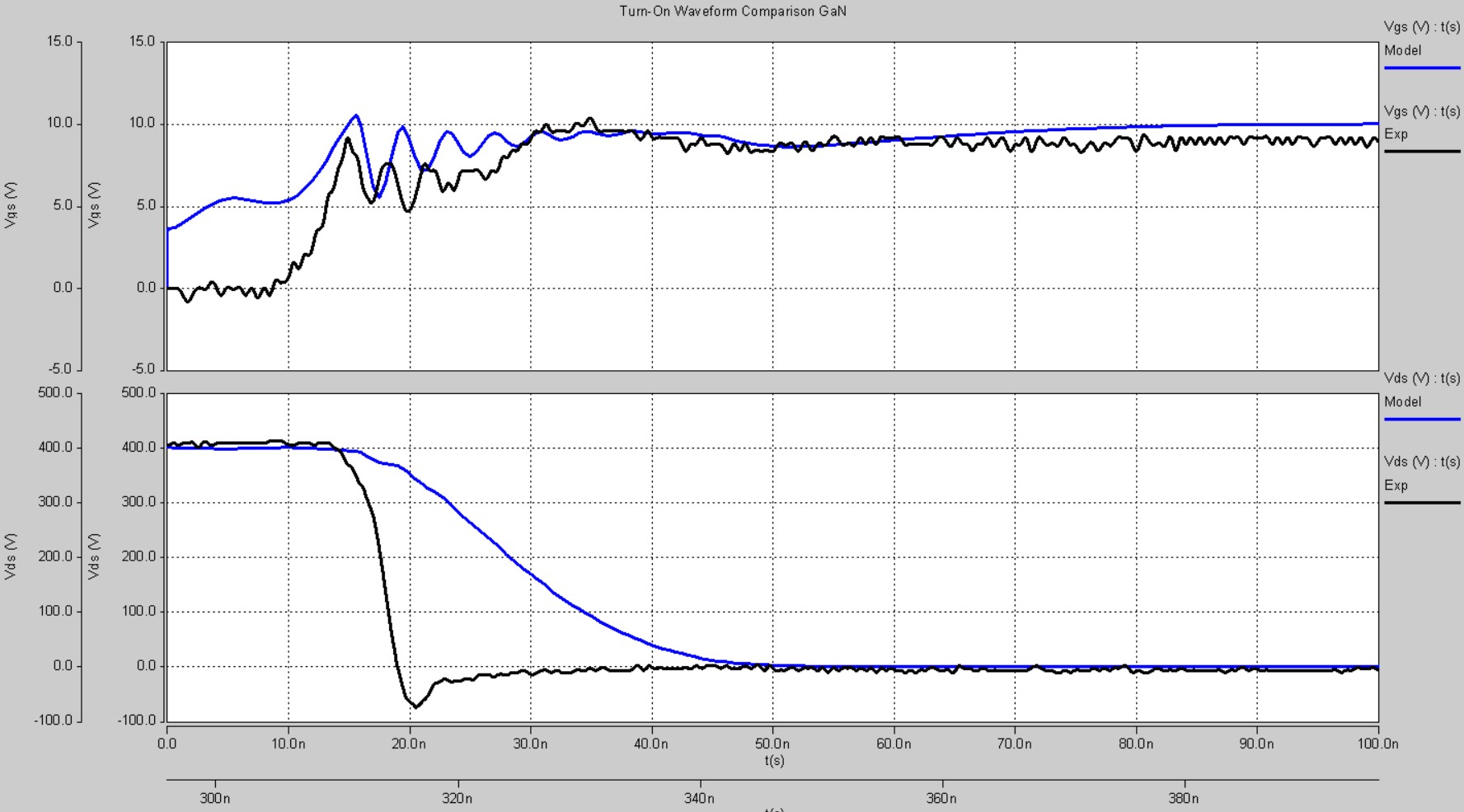