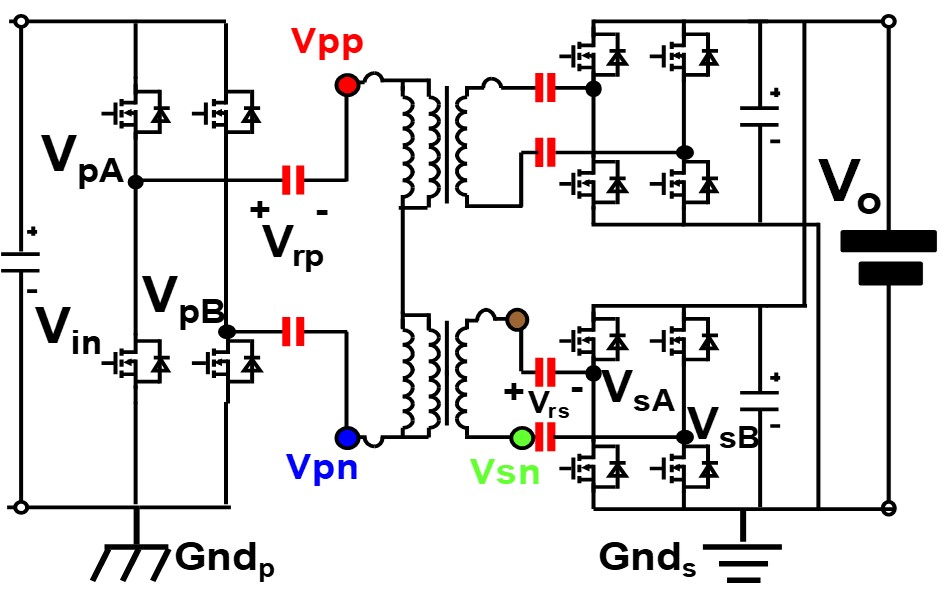 Fig. 1. Proposed symmetrical structure.
The newly emerged wide bandgap devices, including both silicon-carbide and gallium-nitride devices, provide a much better figure of merit compared with silicon devices. They can achieve faster turn on/off speed, shorten the current/voltage transition interval, and significantly reduce the switching loss. One benefit of this high-frequency operation is the possibility of utilizing printed circuit boards (PCB) as transformer windings. Compared with a conventional Litz wire-based transformer, the interwinding capacitor increases significantly due to a much larger overlapping area, and a shorter distance between the windings. In addition, to minimize the ac winding loss, the adoption of an interleaved PCB winding structure is necessary in high-frequency operations. This results in an even larger capacitor between the primary and secondary windings. The large interwinding capacitor of the PCB winding transformer forms a very low impedance path for common mode (CM) current, and together with the high dV/dt brought by fast switching speed, the resultant CM noise is significant. The higher level of CM noise requires larger CM choke in order to comply with industry standards and regulations, and as a result, the whole system efficiency and power density are compromised. 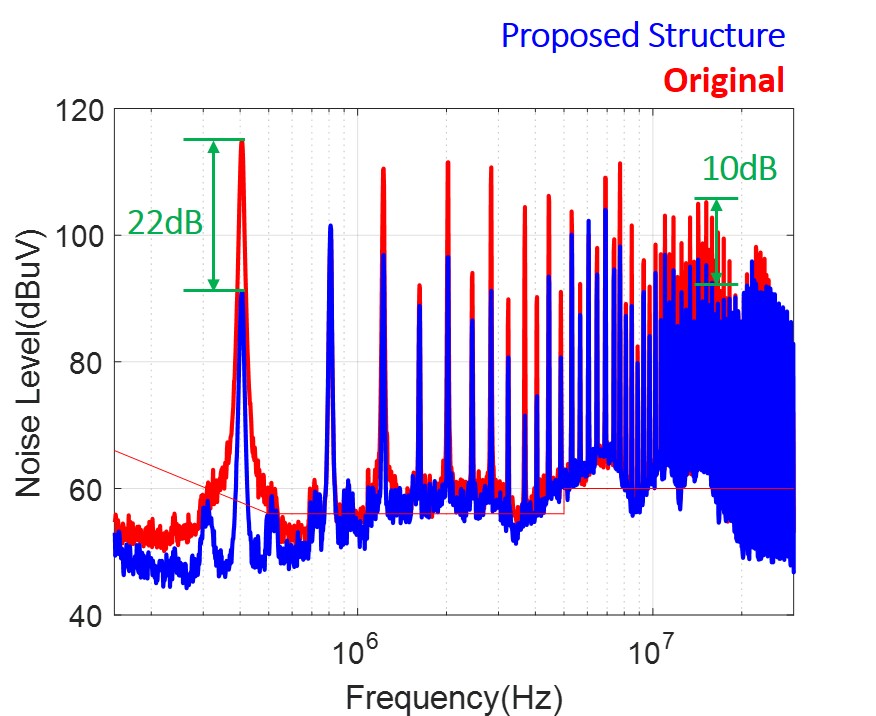