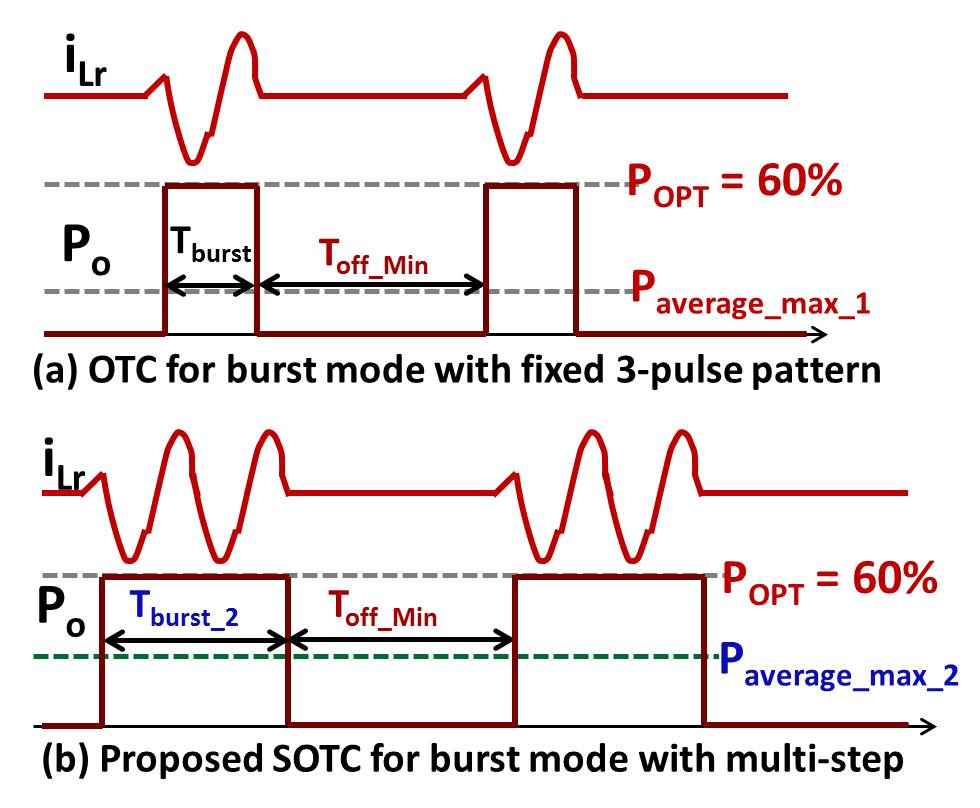 Fig. 1. Comparison of OTC for burst mode and SOTC for burst mode with multi-step
The light load efficiency of an LLC converter with frequency control cannot meet the increasing efficiency requirements, such as 80 Plus and Energy Star. In recent years, a high frequency LLC converter has emerged, due to its high power density and integrated magnetics, which reduce the total cost. Digital controllers, especially cost-effective microcontrollers (MCUs), are gradually replacing analog controllers for controlling the LLC resonant converter. Hence, it is desirable to extend burst mode to the high frequency LLC converter with a low-cost microcontroller (MCU). Due to the dynamics of the resonant tank, a conventional burst control for an LLC converter has a problem; the resonant tank cannot keep to the efficiency-optimal state trajectory. The optimal trajectory control (OTC) for burst mode with a fixed 3-pulse pattern can solve this problem, based on state-plane analysis. However, when the OTC for burst mode is applied to a high frequency LLC converter with an MCU, the burst mode operation range is limited. This is because in burst off-time, the digital controller must leave enough time to blank sensing noise, sample, and update the control signal. With minimum off-time Toff_min, the maximum average power delivered to the secondary side is limited, as shown in Fig. 1(a). To extend the burst operation range for a high frequency LLC converter, a simplified optimal trajectory control (SOTC ) for burst mode, with adaptive burst on-power and adaptive multi-step, are proposed in this paper. The first step in the process is to increase the burst on-power, but the desired trajectory is not fixed to the efficiency-optimal trajectory. The next step is to increase the burst pulses, as shown in Fig. 1(b). The principles are as follows: Assuming the load increases from an empty load, initially a 3-pulse pattern is applied. When the load increases to the limit of the 3-pulse pattern, then a 5-pulse pattern is applied. The same analogy is used for the rest. The SOTC for burst mode with an adaptive multi-step is verified on a 500 kHz LLC converter controlled by a 60 MHz MCU. The efficiency curve is shown in Fig. 2. The light efficiency improvement is significant, compared with conventional burst mode. 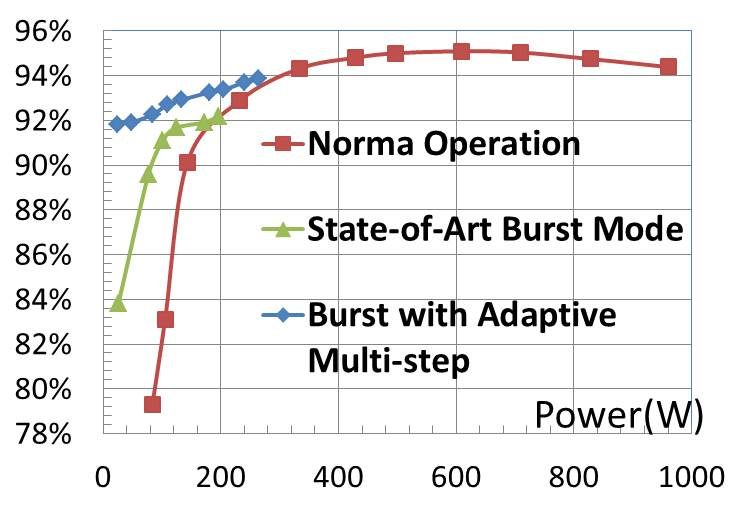