SiC MOSFET Characterization and Reliability at 300 ° 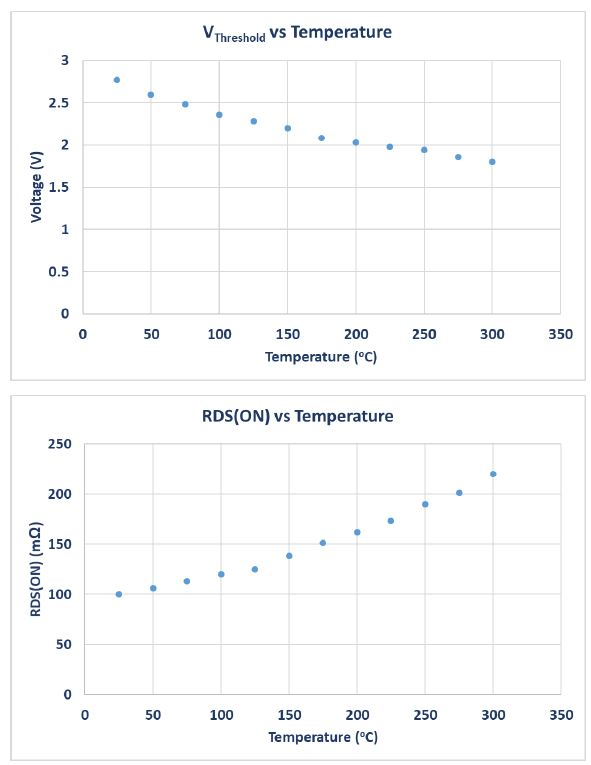 Fig. 1. Vth(top) and RDS(ON) (bottom) behavior with increasing temperature.
Silicon carbide (SiC) MOSFETs are wide bandgap devices capable of achieving higher voltage and higher temperature operation, compared to their silicon insulated gate bipolar transistor (IGBT) counterparts. This is due to their high electric breakdown field and high thermal conductivity. In theory, high temperature operation is feasible; however, the industry is limited by several factors. Those factors include the temperature rating for the packaging, as well as the MOSFET gate oxide instability at higher temperatures. Standard TO-247 packages for SiC MOSFETs are typically only rated to around 150 to 175 °C maximum junction temperature. Even though SiC is mechanically stable up to extremely high temperatures, the SiC/SiO2 interface mismatch at the MOS layer causes undesirable shifts of electrical properties at higher temperatures for SiC MOSFETs. To ensure reliability and operation of SiC MOSFETs at extremely high temperatures, there are two major steps to be addressed. Firstly, the package of the device must be able to withstand the heat and be reliable. Secondly, the electrical characteristics of the SiC MOSFET must not vary significantly from nominal datasheet values at said temperatures. This work focuses mainly on the latter point. To determine the extent of the shift in electrical properties in SiC at junction temperatures of 300 °C, standard 1.2 kV, 36 A SiC MOSFETs in TO-247 packaging are taken to 300 °C, where the static electrical characteristics were analyzed. To detect any abnormalities in SiC MOSFETs due to a package or device failure, two main points are analyzed: threshold voltage, Vth, and on-resistance, RDS(ON). Other characteristics measured include the output characteristic, reverse output characteristic, transfer curve, avalanche breakdown voltage, and gate leakage current measurements. Outside of abnormalities, the expected behavior in Vth and RDS(ON) with increasing temperature are a gradual shift downwards and upwards, respectively. Although the exact reason of the threshold voltage shift is unknown, it is suspected to be the temperature-dependent introduction of hole traps within the gate oxide layer. RDS(ON) increases due to the drift layers resistance being strongly proportional with increasing temperature, due to the electron mobility decreasing. As shown in Fig. 1, SiC MOSFETs perform as expected up to 300 °C without any package or device failure under short-term conditions. After concluding that the SiC MOSFETs perform as expected at temperatures up to 300 °C, the reliability must be tested for the same devices under similar temperatures. There are several industry standards in testing for MOSFET reliability. Some tests are designed to stress the device, while others are designed to stress the package. Fig. 2 summarizes popular tests for SiC device reliability, ranging from device to package stress, or both. To ensure that current generation SiC MOSFETs are suitable for reliable 300 °C operation, high temperature gate bias (HTGB) and high temperature reverse bias (HTRB) tests are chosen. 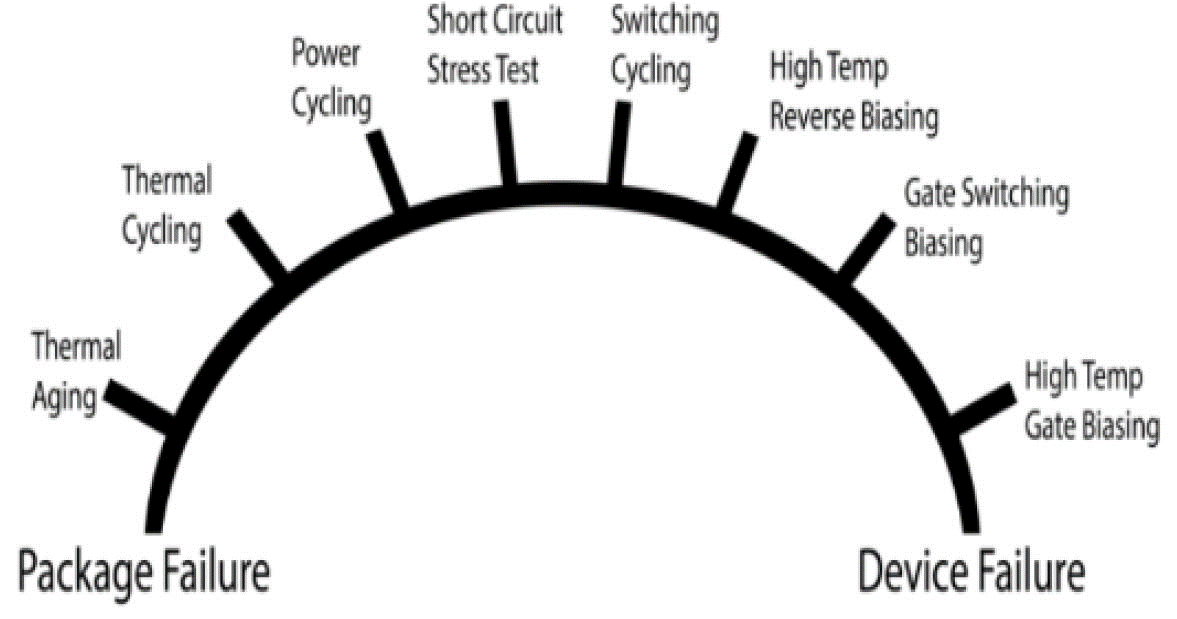