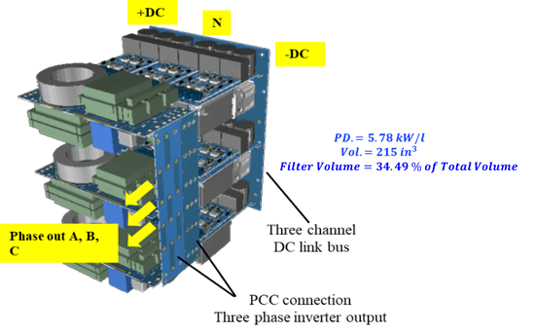 Fig. 1. Proposed modular FBB toplogy using secondary loop
A modular filter building block concept is introduced here. The general characteristics of a modular filter building block (FBB) are that a) it can be used with single and multi-channel converter systems without a change in differential mode/common mode (DM/CM) attenuation to any groups of harmonics; b) there is no significant change in filter loss between a single channel and a multi- channel system; and c) the filter block itself should be modular, that is, with additional converter modules, and additional filter blocks can be added with ease.

The mutual inductance of the coupled inductor Mdmci is used to attenuate DM circulation between channels while the boost inductor Mdm1 in the loop is used for control and minimization of the switching ripple. Ideally, the loop itself does not see any switching frequency ripple, and the inductance in the loop is used for additional boost impedance to block load frequency harmonics (real/reactive power flow components).
In addition to this new topology, a multi-objective/multi-vari- able optimization procedure is adopted to maximize the power den- sity and efficiency of this FBB. Future work will involve a modular EMI solution for such three-phase, ac-dc converters and comparison with other topologies. 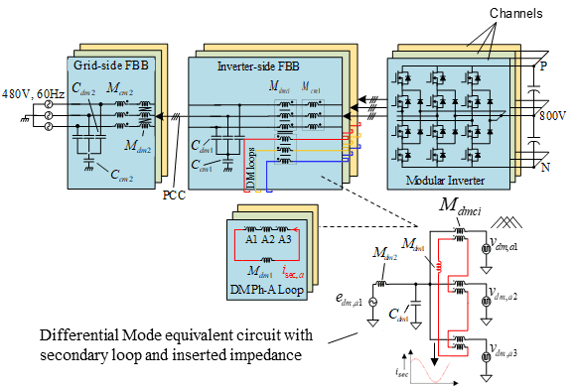