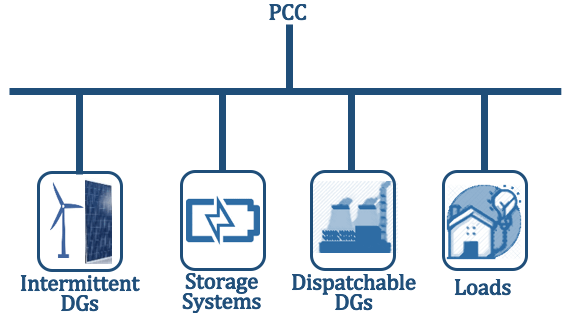 Fig. 1. A general model of microgrid.
&nbspNatural disasters and extreme weather-related events can potentially cause severe and extensive damage to power grids, leading to power outages and even blackouts. This has led to growing attention toward the resiliency enhancement of power systems. Resiliency is defined as the ability of a power system to recover quickly following a disaster. It turns into a more vital issue when dealing with critical loads such as hospitals and water pumping stations that must be electrified all the time.
&nbspMicrogrids consist of different distributed energy resources (DERs), which can be distributed generation systems (DGs) and/or electric energy storage (ESS) systems, as well as end-users of electricity and/or heat, as shown in Fig. 1. A microgrid can work in either a grid-connected mode or an islanded mode. In the islanded mode, DERs within the microgrid feed only the microgrid's loads; while in the grid-connected mode, they can also contribute to serving grid loads. In the case of undergoing an extreme event, islanded mi- crogrids can temporarily connect to the grid to take part in restoring its critical loads while serving their own end-users. 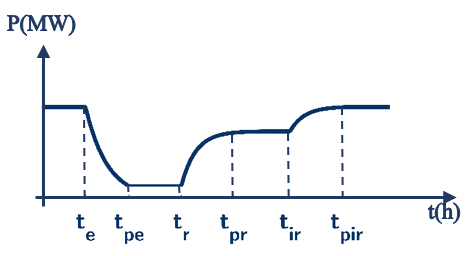