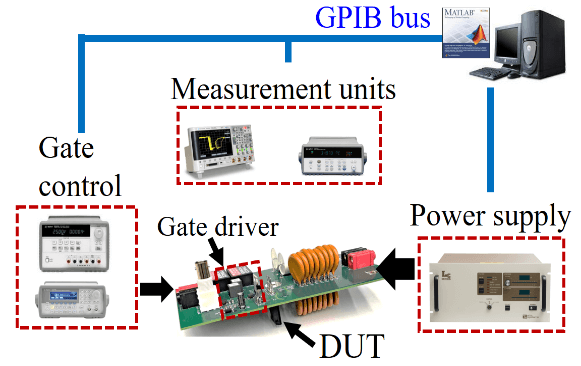 Fig. 1. Automated test platform used to stress and monitor a device at various temperatures.
This work presents the ruggedness of SiC-power MOSFETs outside the safe-operating-area (SOA) conditions based on a hard-switching cycling test. The device was stressed to withstand over‐voltage and over‐current beyond its voltage and current ratings in each switching cycle. This switching cycling test was per- formed in an automated test platform (Fig. 1) and at ambient tem- peratures of 25° C and 100° C.
Two independent degradations, one at the gate-oxide and the other at the semiconductor junction region, were observed. The second degradation has not been previously reported in the literature. Both degradations were found to accelerate at the high ambient temperature. Fig. 2 shows the changes in drain-leakage current characterized at different temperatures of a fresh device, a device in a partially failed state after having been stressed at 25°C, and a device in a partially failed state after having been stressed at 100° C. The physics of these two device degradations were unveiled: the hot-elec- tron induced gate-oxide degradation accounts for the first devices degradation, which ultimately results in device failure. The electron hopping through the defect states created in the stress tests accounts for the second devices degradation, which is seen in the increase in drain leakage current prior to device failure. 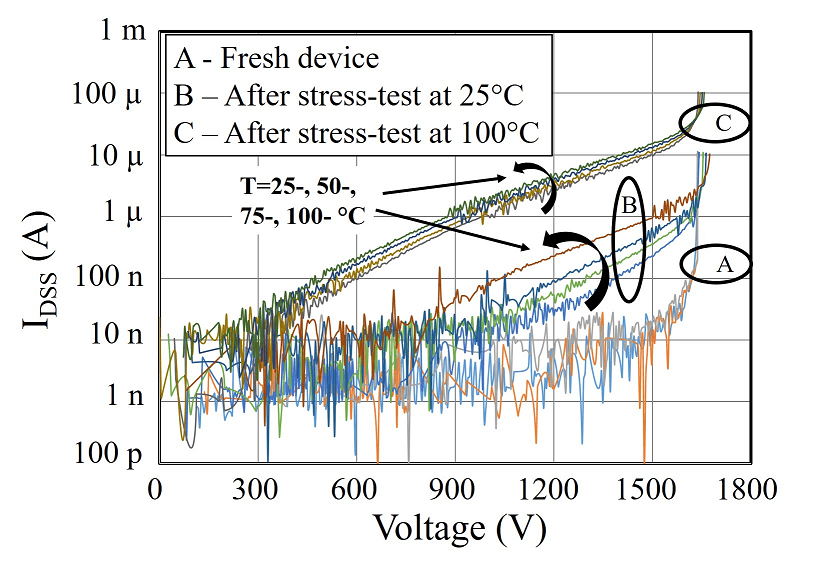