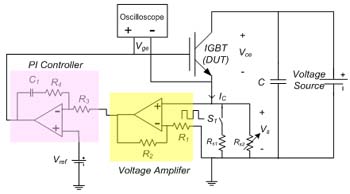 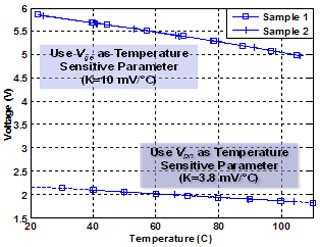 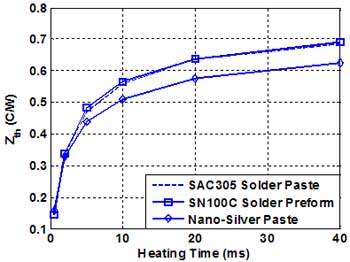 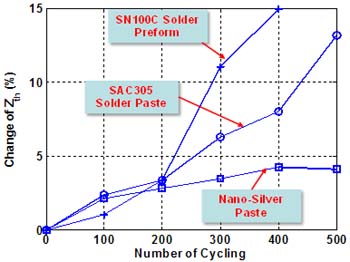 Fig. 4. the change of the thermal impedance vs number of thermal cycling.