Fig. 1. Single VSC system under study.
Three-phase PWM voltage source converters (VSCs) are the converters of choice in many medium- and high - power applications. For VSCs, very low carrier ratios (defined as the ratio of the switching frequency to the fundamental frequency) are usually adopted in applications with very high power requirements, where the switching frequency of high - voltage, high-current devices is very limited; and for applications with very high fundamental frequency, such as high-speed motor drives. This paper analyzes the impact of non-triple carrier ratios on the three-phase system performance infrequency domain. Specifically, the issue of system output voltage unbalance due to a non-triple integer carrier ratio, such as 7, is analyzed in detail. To mitigate this problem, a control method called inter-phase interleaving is proposed. With it, the three-phase system output voltages can be balanced, even with non-triple integer carrier ratios. The corresponding penalty of potential higher-current THD is also discussed in detail. The analysis and control method can be applied to both two-level and multi-level converters. Experimental results verify the analysis and the feasibility of the proposed control method. 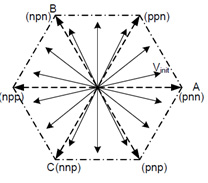 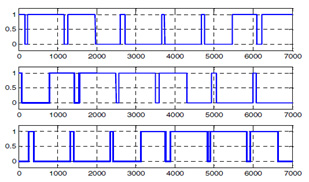