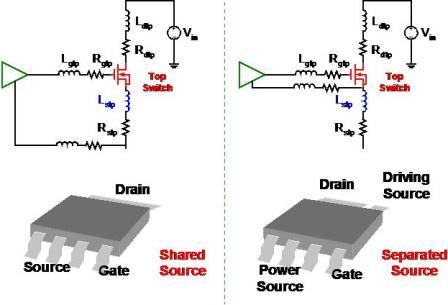 Fig. 1. (a) State-of-art SO-8 package of MOSFET and (b) Proposed SO-8 package of MOSFET. Comparison between proposed and state-of-art SO-8 package and their equivalent circuits.
Based on the physics model of MOSFET and FEA simulation tool (Medici), detailed loss breakdown in 12V VRM was investigated. Meanwhile, the efficiency influence from the parasitic inductances (Source, Gate and Drain) of device was explored thoroughly. The analysis indicated that the loss contribution from the source parasitic inductor of the MOSFET. A novel package concept shown in below with separated driving source was proposed in SO-8 package. It can improve the total efficiency by 2% theoretically.
Return to CPES Showcase