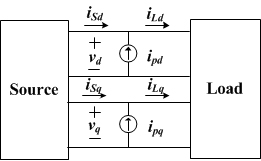 Fig. 1. DQ frame impedance measurement.
AC and DC impedances of power converters are used for stability analysis of modern power systems at AC and DC interfaces. The basic idea for impedance extraction is an ac sweep approach with a sinusoidal signal injection, here denoted as a single-tone. However, the approach is time consuming because the time-domain simulation runs many times. Therefore the approach of the multi-tone signal injection is implemented so that multiple frequency responses can be measured in only one time-domain simulation. In linear loads, the multi-tone approach can give the same results as a single-tone approach because superposition holds true for the linear system. For three-phase nonlinear loads such as a 6-pulse Diode Bridge Rectifier, different results are observed from the multi-tone and single-tone approach. In this paper an algorithm is implemented to improve the multi-tone approach and avoid result differences. The idea of this algorithm is to adjust every perturbation frequencies to avoid perturbation frequency overlap, which is caused by the commutating behavior of 6-pulse diode bridge rectifier. 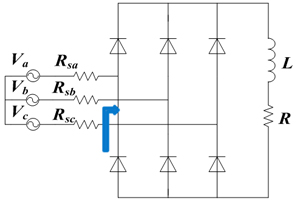 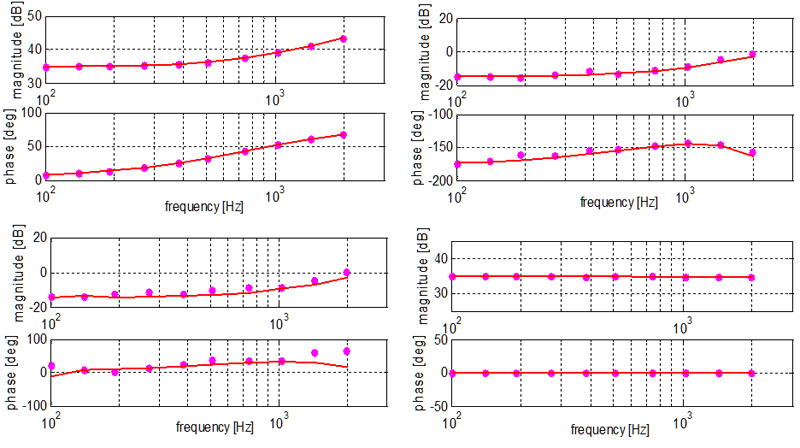