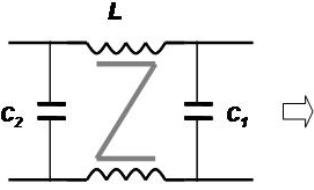 Passive EMI filters are used to suppress EMI noise. They are composed of inductors and capacitors. The inductors have magnetic flux leakage which extends to air. The leakage can couple to other components, such as capacitors and inductors, in the EMI filters or the other components of the converters. When the flux leakage couples to the capacitors in the filter, the capacitor's performance will be greatly changed by this coupling. The effects of the coupling can be represented by an inductance M in series with the original equivalent series inductance (ESL). If M is much larger than ESL, the capacitor's HF performance is determined by M instead of ESL. The capacitors will perform differently with different values and polarities of the coupling.

Depending on the polarities and the values of the M, the inductance of the capacitor branch can be increased, reduced or negative. Figure below shows the comparison of capacitor's impedance with the effects of different couplings. It shows that capacitor's filtering performance could be much worse than that without the coupling. In order to improve capacitor's filtering performance at high frequencies, mutual couplings between inductors and capacitors must be greatly reduced. 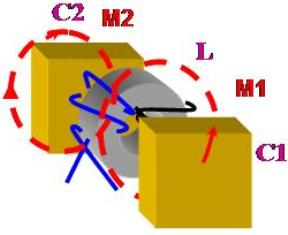 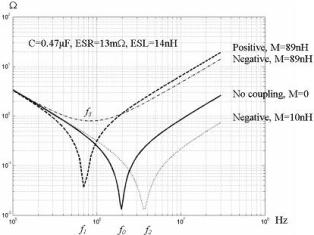 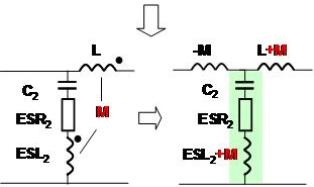